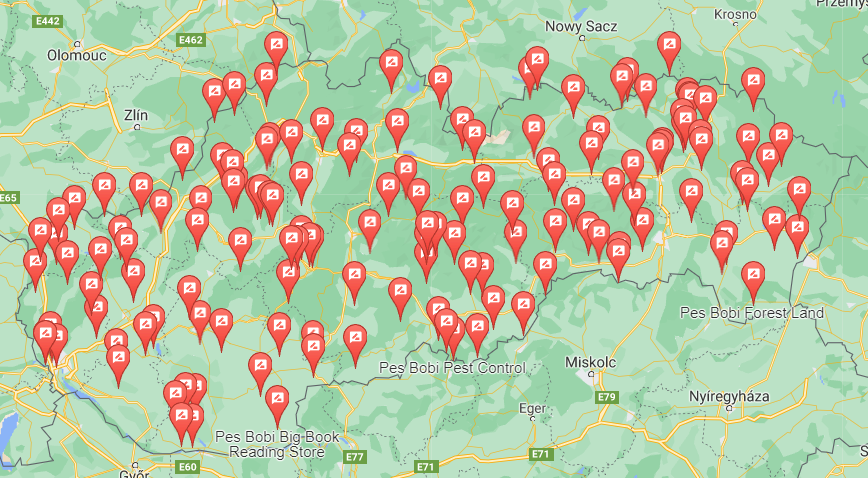 Back in february of this year I decided to have some bloody fun... And so I filled Slovakia with almost a hundred non-existant locations. They were all named after the great Pes Bobi: Pes Bobi Bar, Pes Bobi Bathroom, Pes Bobi Cabins, Pes Bobi Hotel, Pes Bobi Gas Station, Pes Bobi Public Defecation, Pes Bobi Hovno Distribution Facility,... And ALL of these were added. Including the Pes Bobi Cemetery in the middle of a park, Pes Bobi Burzum Club, a few dozen more Bathrooms... Speedos' own company got itself a location too, and so did the infamous Grandman "Wall". There were a few Hovno Headquarters, a Great Cow Monument, Pes Bobi Feed & Seed and Pes Bobi Free Hovno.

So what happened? Well.. Allegedly, Kelvin called up Google Maps CEO and told them to shut it down.. Remove the bobis..
And so they were. Like tears in the rain... 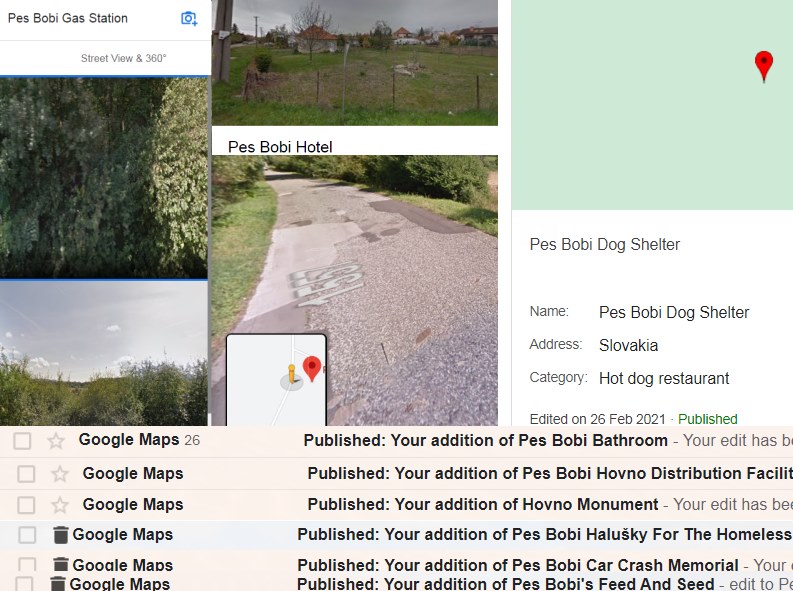 In Memory Of Pes Bobi 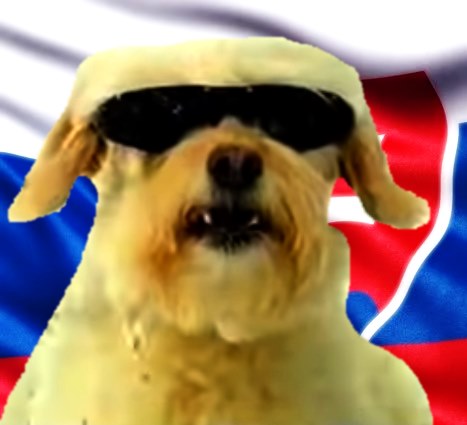 Semper Fi to the veterans of the Pes Bobi Purge

Slovakia was not the only place affected. In Britain, in the middle of the Banbury reservoir, a new franchise had opened.
Genghis Khan Flotilla Bar, Bathrooms, Gym, Car Wash and so forth. All except the bar are closed (I wasn't the one who added it). The bar is surrounded by a mystery. Some unknown people claimed ownership and now run a twitter account. Moreover, they left replies on other Genghis Khan Flotilla places. 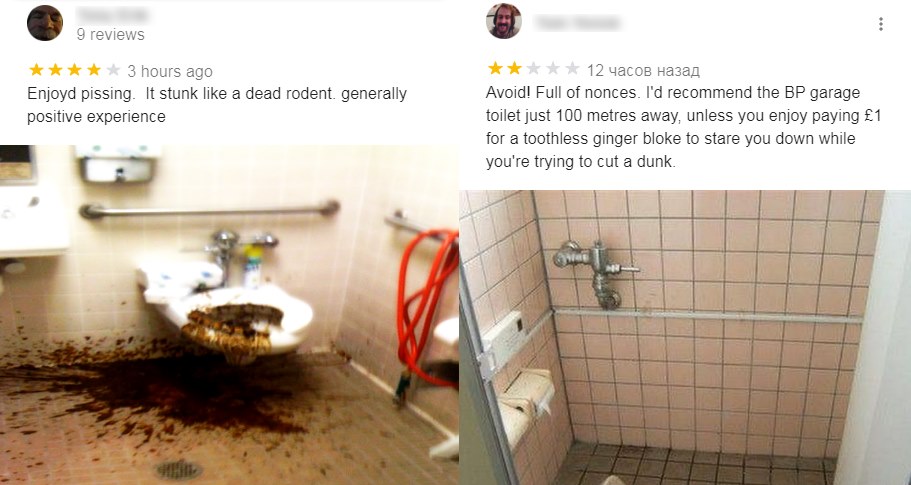 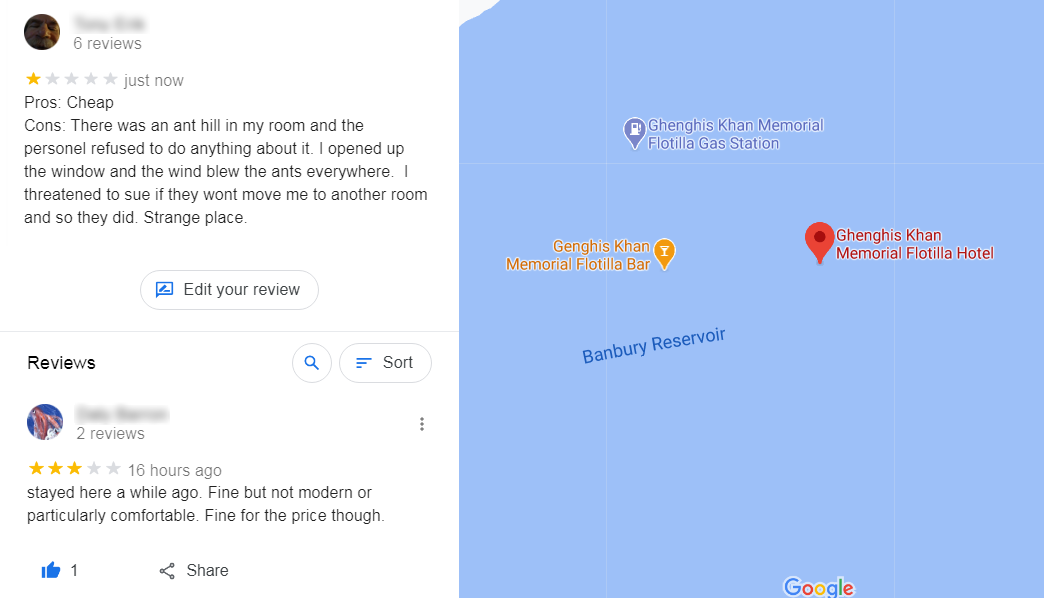