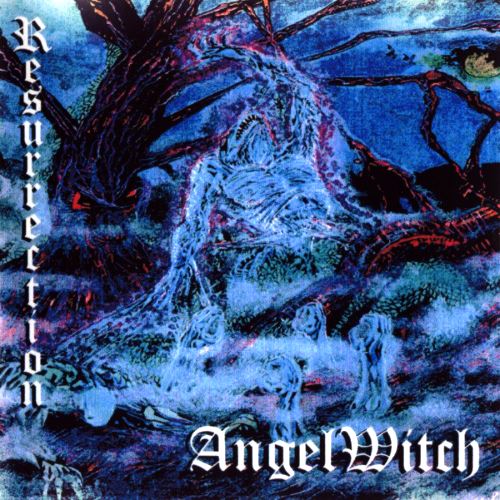 Technically this isn't an album, but a compilation. However, all material on here is new and taken from EPs released around the same time, so let's call it an album. The band decided to experiment with sound and tried to go into groove. Yeah, groove, by Angel Witch, with Heyborne on vocals, with the quality of a walkie talkie.
Need I say more?
There are also apparently 3 different covers for it with the one i used here being the first one, then one with the baphomet and then one with an angel. 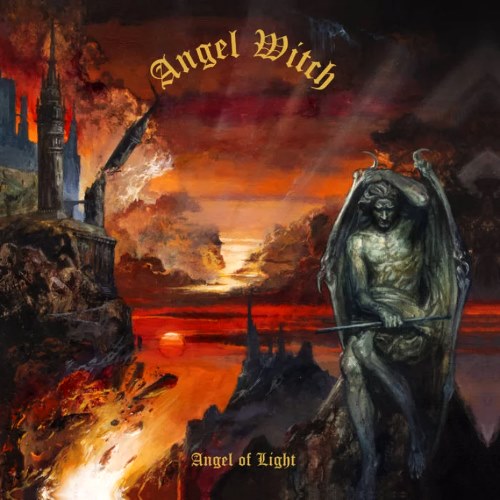 Brutal Opinion? This album sounds rather generic and at times repetitive. It's not bad, but nothing on here stands out, except i guess the first two songs: Don't Turn Your Back and Death From Andromeda. It is weaker than the one before it, especially in it's sound. And couldn't Kevin come up ith a better album title? It's a bit redundant.
We Are Damned and The Night is Calling should have been shorter. All in all, it's nice to see the band alive but this isn't memorable at all. 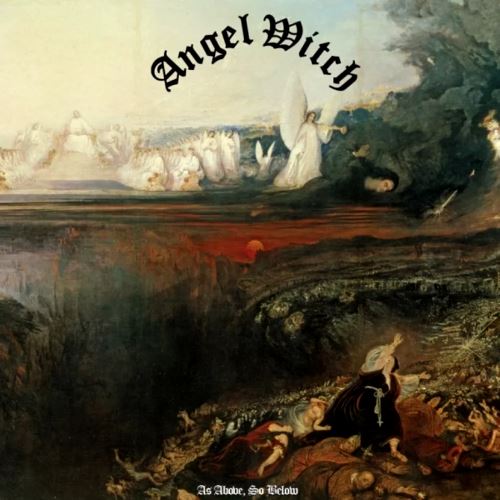 Return of the witch. Well, sort of. Judging by the cover they are obviously trying to cater to people who thought they only ever released one song or one album. Their first album is good and all, but it's been far too much time for the band to be able to replicate that in any way. Starting off, Dead Sea Scrolls is a fantastic song, nothing more nothing less. Did you know that it's from the early 80s, they just never put it anywhere but a live recording?
Into The Dark starts off fine but devolves into Kevin yelling at the end. The Horla is amazing, the guitars and all. Reminds me of some other song, but I can't put my finger on it. Maybe Overkill's Shades of Grey. It is a bit too long, like the rest of the songs on this album: 8 songs / 50 minutes.
Witching Hour, Upon This Cord and Brainwashed are boring, Guilotine is the worst song on here. The original is off of "Frontal Assault", from 1986, and is a million times better. Compare the dark atmosphere of the original to this version where Kevin sounds like he's being forced to sing and wants to go home.
If you're not a fan of their mid-80s releases, this might sound slightly better, but still, it's rather dull. 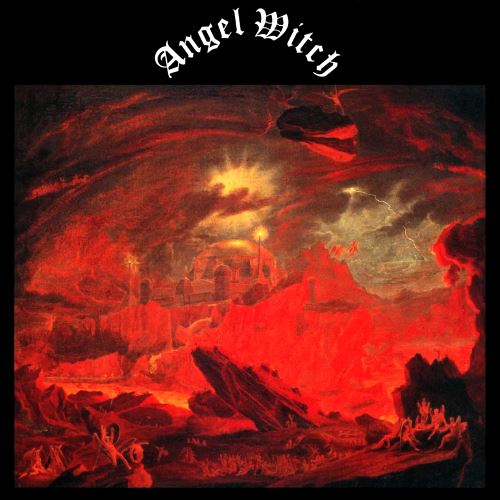 The one Angel Witch album everyone knows. For a debut, this is a bloody masterpiece. Angel Witch is a great starter and one of their best songs of all time, on par with Atlantis and Gorgon. Same can be said about White Witch, although i think it's a bit weaker. Sorceress is a great slow track and Free Man is a great ballad, etc etc. Sweet Danger is the only weak song on this album, everything else ranges from good to real good. Confused and Angel Of Death are fine, i like the latter more though. The final song, Devil's Tower is a nice instrumental. So all in all, a wonderful record, but it gets far too much attention, because I believe what followed it was a million times better.

Oh an yeah, and make sure to get the "Loser" single - it has 3 more good songs in the same style: Loser, Suffer and my favorite, the instrumental Dr.Phibes. Another good song from a single is Flight Nineteen. Technically all of this and even more appears on the 25th Anniversary version of this album, so you might wanna listen to that to get the full early Angel Witch experience. 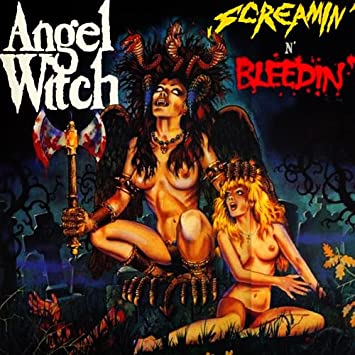 Angel Witch's golden age begins. With Dave Tattum on the vocals and a darker, much more immersive atmosphere than on the debut they set off to make the best 2 albums of their career.
Whose to Blame, Screamin' n' Bleedin', Reawakening - this album is filled with incredible songs from start to finish. Waltz the Night is a slower song with a cool riff. Goodbye is perhaps lyrically pretty stupid, but even then still kicks bloody donkey arse. Afraid of the Dark is likely their greatest bit off of here, and definitely makes the top 5 AW songs for me. Fatal Kiss is another masterpiece with my favorite lyrics in an AW song - Evil lies lurking, leaving you alone and in danger, waiting in shadows, just to steal your soul away.... The last song, U.X.V, is an outro. It doesn't add much to the album but its nice.
There are 2 more songs that I didn't mention, but I see no point, just go ahead and give this one a go. Severely underrated.


Best Songs: ALL of them. 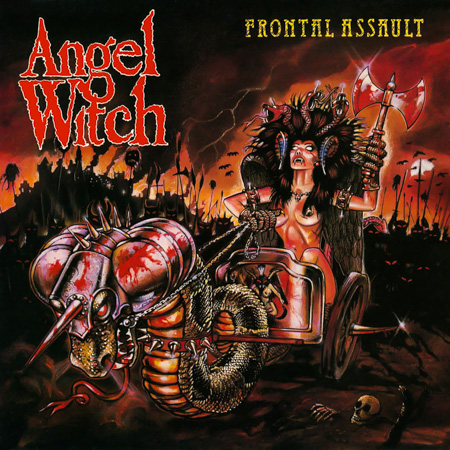 The album to end all albums, Angel Witch's peak perfomance, and likely my favorite NWOBHM album.
You know these albums where the music is just like the cover? This is the perfect example of that. Frontal Assault is one of the songs on here with the instruments creating the sound of galloping, so looks like hell is at war, or whatever we see on the cover. This is 1986, so I bet that hill in the back is where Pleasure To Kill's album cover takes place. I believe Dave Tattum was still singing most of the material here but Kevin sang some too. This is the last album with Dave, sadly. Anyways, back to the songs.
Dream World is the best AW song of all time - and I don't take no for an answer. It was the first one i've ever heard and i thought it was absolutely insane back then, as I barely listened to metal. If only the lyrics were available for it.. And no, not the retarded ones someone took straight out of auto-captioning and posted everywhere. Then there's Rendevouz with Blade - which was absolutely desecrated in 2012's album years later. This is the true and only good version. Has a similar galloping sound to it like the first song. Religion (Born Again) is lyrically the weakest on the album, but is still a sick song. Straight From Hell is another masterpiece, especially lyrically. She Don't Lie was the second song I heard, great slower song. Take To The Wing is most likely the second best AW song, absolutely love that one. Tonight's the night when the dead will sing and the evil one takes to the wing.. Something Wrong is similar, lyrically, to previous album's Goodbye, but much better in both atmosphere and lyrics. And at last, closing off with Undergods.
Probably the most underrated album out there, a bloody masterpiece, it didn't help that it was released improperly in US - a half of it was replaced with a half from the previous album. After it was released, band's history got compilcated and so there wouldn't be much released for over a decade. But to be honest, from this point on their music got bad and never recovered, atleast for me.

Best Songs: ALL of them.